What could you do with an additional £47,000 over the next 10 years? Go on a dream holiday? Pay off some debt? Grab a new car? Perhaps retire earlier?

Don’t worry, this isn’t a ‘get rich quick’ scheme. It’s more like a ‘be better off slowly’ scheme as recent research has shown that people who take financial advice could be on average £47,000 better off in in just 10 years.

The research was carried out by Royal London and the International Longevity Centre UK (ILC) based on data that the Government collected as part of its Wealth & Assets Survey (the largest such survey in the UK).

It showed that those who took financial advice between 2001 and 2006 saw their assets boosted by an average of £47,706 by 2016, compared to those who didn’t take any form of advice.

Yes but advice is just for rich people isn’t it?

Actually that’s where you would be wrong. Perhaps the biggest surprise from the research was that:

“The benefits of financial advice are potentially greater for those we term ‘just getting by’ than for those we consider ‘affluent’.” 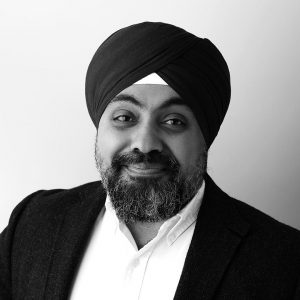 “We always say that we want our clients to make the most of their assets so they can lead a financially secure life and leave a lasting legacy from generation to generation. And it’s great to see this research confirming how taking financial advice can – and does – boost assets.

“But rather alarmingly, the research also revealed that around 40% of people who took out an investment product over the same period didn’t take any advice at all. This rose to nearly 80% for those who took out a personal pension. It is worrying that people could be missing out by not taking advice.

“More positively, those people who built up an ongoing relationship with their financial adviser had pension pots on average 50% higher than those who only took one-off advice at the start. So if you’ve ever needed a reason to make friends with a financial adviser then this may be it!”

Whatever your needs, Logic Financial Services can help you plan your financial future with confidence. To hear more about how we can help or to get a fresh opinion on your current plans, contact us for a free initial chat.

We’re currently working on an exciting addition to our service! We’ve listened to you and know many of our clients would like the ability to have more control over their financial plans.

And that’s exactly what we’re going to do!

MyLogic is a new client portal that is launching shortly, which will allow you to keep an eye on your investments, pensions and savings. You can track your other investments too, such as your properties and private investments and keep all the associated paperwork together.

All your financial paperwork including reports, valuations and other statements are automatically filed within MyLogic and available to you at the touch of a button.

The portal – which will also be available as an app – will allow us to communicate with you securely, free from the worries of email and post. You’ll be able to message us whenever you need to and from wherever you are. We can share documents with you and these can be signed digitally removing the need for hard copies.

We’ll be in touch with all clients to let you know when MyLogic goes live and to tell you how to register for this exciting new service.